As a general rule, it’s always better to invest in a higher-end pair of hiking boots. They’ll last longer, usually for years, they’re better for your feet and they invariably feel more comfortable. For some people, however, spending so much on footwear just isn’t viable. Whilst I do recommend seriously considering getting a more expensive pair, it is possible to find quality at the less pricey end of the market.

All the hiking boots listed here are under £100 and are available for both men and women. I’ve organized them in a semi-hierarchical fashion, with the cheaper boots designed for lower-intensity activities at the top. Have a quick skim of the “Best Bits” column in the table to get a rough idea of which boots might suit your needs best. 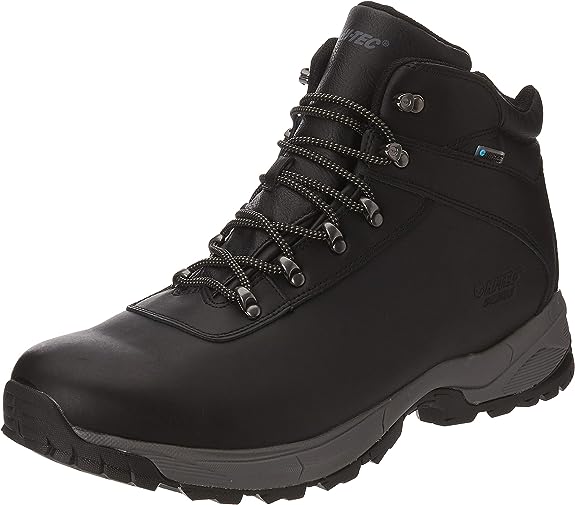 The Eurotreks have all the features you would expect. I’ve tried a lot of Hi-Tec boots and there are a few common issues that I’ve found. These, however, stand up very well. In particular, the reason I was drawn to them was because of the nicely cushioned ankle area. They also offer decent toe-protection where a lot of the fabric boots don’t (one of the problems with low-priced boots is inadequate protection).

They’re fairly standard, and very popular, light hiking boots. The leather upper (manmade) ensures their waterproof-ness (which can often be a problem at this price-point) and they have a simple midsole and outsole, both offering adequate cushioning and traction. They’re a medium-width boot. If you’ve struggled with water leakage in the past, then I would recommend giving these a go. 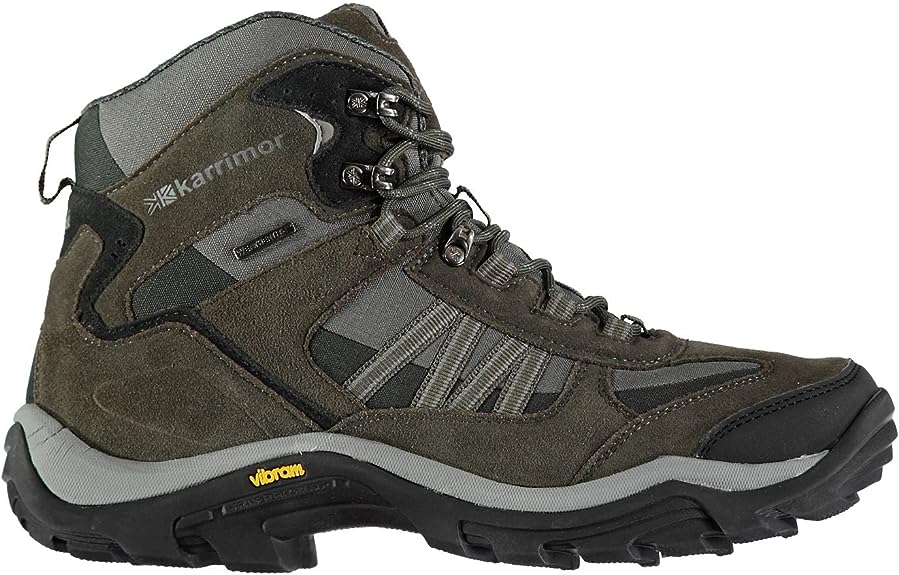 I think I could probably get blisters in cashmere slippers. Since I started hiking, it’s been a constant battle trying to prevent and manage my blistered feet. Despite the fact that these boots aren’t really intended for overly-arduous walking, I did hike part of the Pennine Way wearing them. My heels weren’t even slightly sore. I’d highly recommend a pair even if they’re not your main hiking boots.

These boots are good for wide-ish feet. They’re also cheap at around the £40 mark. As far as mass-produced boots go, I think Karrimor tick lot of boxes: good materials, fully waterproof, soft, flexible midsole and ample padding throughout. Because they’re so easy to replace, you can’t go far wrong with these.  There is also a slightly higher-priced model (£63 at time of writing): the Karrimor eVents. They have a very similar design but offer a tad more protection – more ankle support and a stronger toe cap. 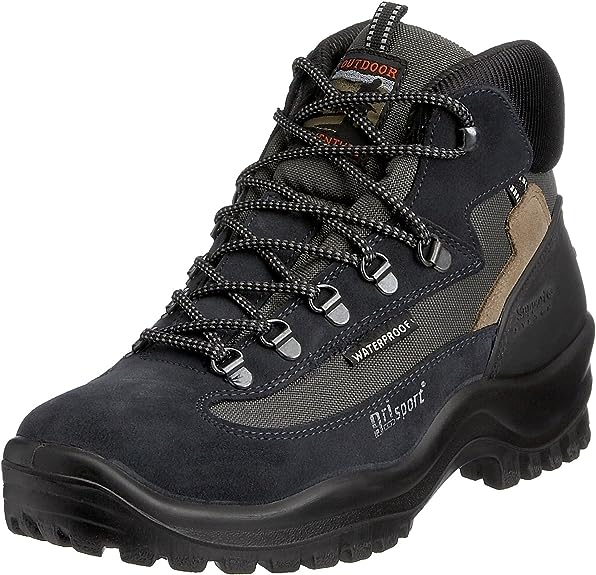 A softer pair of hiking boots (although slightly more rugged than the Karrimors) with a nice thick sole and all-round high(ish)-quality features. Not for extremely long-distance trekking, but they will serve you well on rugged paths and trails because of their robust sole. They’re also nice and light.

These are the boots you want to go for if you would like a slight step up from the Aspens. Due to their thick midsole, offering a lot of shock absorption, they’re especially good if you’re prone to aching feet when you’re walking. They’re fully waterproof and breathable. 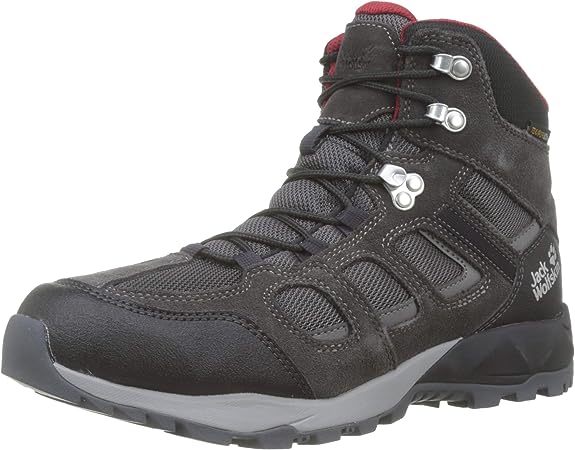 These just fall under the £100 mark. They’re amongst the more robust, feature-rich items available at this price-point. If you’re looking for a cheaper pair of boots to use over long distances then these would do the job very well. They’re of a medium width and well-cushioned throughout. The upper also feels very well made and tough.

For more rigid hiking boots there’s often a trade off between the softness of the midsole and the rigidity and protection that stiff, hard-wearing soles have to offer. These boots have a soft midsole and a reasonably rigid sole, so are suitable for use on tough terrain. They’re very breathable and fast-drying. The toe-protection is also top-notch. The back of the heel is stiff too, offering good foot support.

In terms of criticisms, I found the the soles of the boots didn’t always offer the kind of traction that some of the others did. The Expeditors (below) were, I found, much more effective on wet and slippery surfaces. 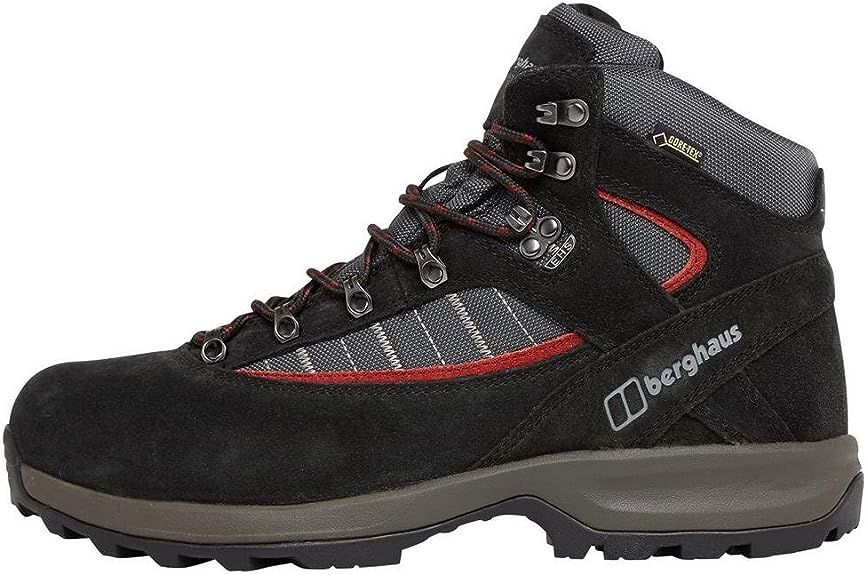 At approx. 1000g, these hikers are light enough to be classed as lightweight boots. I think they’re suitable for more intensive activity than most of the others on this page and they have all of the most important features that you would expect: a waterproof and breathable lining, good toe protection and a nicely-made midsole. The boots are nicely cushioned throughout resulting in a snug fit.

Hiking boot manufacturers are very fond of coming up with new words and acronyms to describe the “technologies” they have invented for their new models. One of the most prominent as far as the Expeditors are concerned is what Berghaus have called their “Opti-Stud” sole. In this case, the term isn’t empty. The boots offer absolutely fantastic traction (seriously consider these if slippery surfaces regularly form part of your walking environment).

There are two different types of this model. The upper of the cheaper pair is made from suede, whilst a more expensive pair is also made, identical except for the fact that they are made from leather. I tend to find that Berghaus boots are better-suited for people with narrower feet. I have fairly wide feet and I’ve never found a good fit with their boots, so that’s something worth bearing in mind. They’re not bad looking either. 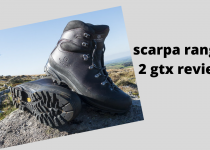 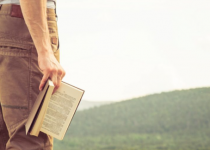 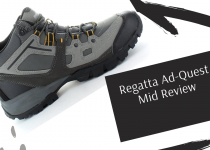